“U Got Me” is the fresh new release from homegrown Seattle artist Like Lions and the second track off of the upcoming album, An Aging Millennial. Peter O’Neill, the one man show making up Like Lions draws on personal experiences and turning 30 years old to compose this easy going pop anthem.

The track opens with a slow build up of piano cords, distorted vocals, and synth overlays to build anticipation and intrigue listeners. It’s compelling and hooked me instantly. The first verse then dives into the overall theme of the song - an homage to someone special who understands you as a whole. The melody captivates your ears as the chorus gets stuck in your head. You’ll find yourself humming the catchy line “you got me now now” throughout the rest of the day. The 80’s synth paired with hip-hop beats give the song, as a whole, a chill, cinematic vibe that will carry you into late summer nights of nostalgia - think along the lines of Tycho, A R I Z O N A, and Rufus du Sol. It’s relatable with a deeper underlying meaning of realizing and recognizing the people who truly accept who you are.

This second release marks a departure from the projects of 2014 and 2018 as it is laced with pop, dripping with synth beats and electronic undertones. Missing are the predominant piano keys and guitar strums that were characteristic of All Be Fine, yet Like Lions maintains the singer-songwriter quality by rooting song lyrics in self introspection. This shift in sound indicates curiosity, musical exploration and an evolution of genres which set the foundation for the An Aging Millennial and a new era for Like Lions.

What inspired "U Got Me"?

My wife and best friend Megan inspired this song. We've been together since 2008 and I generally have shied away from super personal songs, but I wanted to write a song that expressed my gratitude for our time together and our love for each other, which I think is a pretty universal feeling people have when they love someone; you wanna let them know!

What do you want people to feel when they hear the song? How do you want them to relate to the track?

I want people to feel love when they hear this song and I want them to think about someone they "got", whether that's a significant other or just a friend, it's always an affirming feeling to know someone's got your back and it feels good to know you got someone else's too I think.

What is the personal importance of "U Got Me"?

For the video for this song, my wife and I played tourists in Seattle and had a day-date downtown and on the waterfront. I'd think the personal importance of this song is that it’s sort of a time capsule for this era in our lives.

Can you divulge on the creative direction for the artwork cover? What was the intention behind choosing a newlywed couple?

So this is actually a wedding picture taken from Megan and my wedding day in 2016. I chose to blur out our faces because I wanted people to be able to imagine themselves in the photo. It's sort of a faceless image of partnership and companionship.

"U Got Me" is the second single off of An Aging Millennial which is slated to be released later this year. The first track "Older" and "U Got Me" are both candid and center on self-awareness. Are these some of the themes for the upcoming album? What else can we expect?

The whole record draws a lot from my personal life the past few years. The next single "I Remember" ft. PSA is along similar lines as "U Got Me" - it's a very nostalgia driven track. As for the record on a whole, I dig a lot more into the overall sort of loneliness of the tech and social media era, discord in our country and society, and, as someone who quit drinking two and half years ago, I also wander into some addiction/mental health talk. 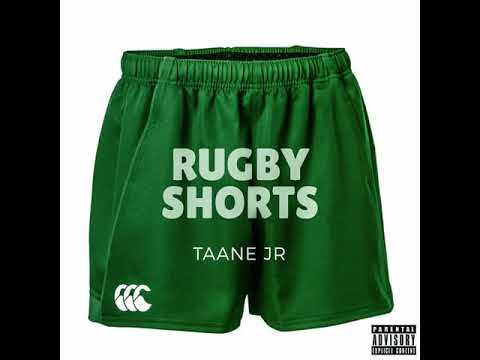